History of Rottingdean Lodge No.4961

Rottingdean lodge was founded in 1927

Meetings were held at the White Horse Hotel, Rottingdean. The building was 300 years old, and in 1934 was demolished, and the present building erected. 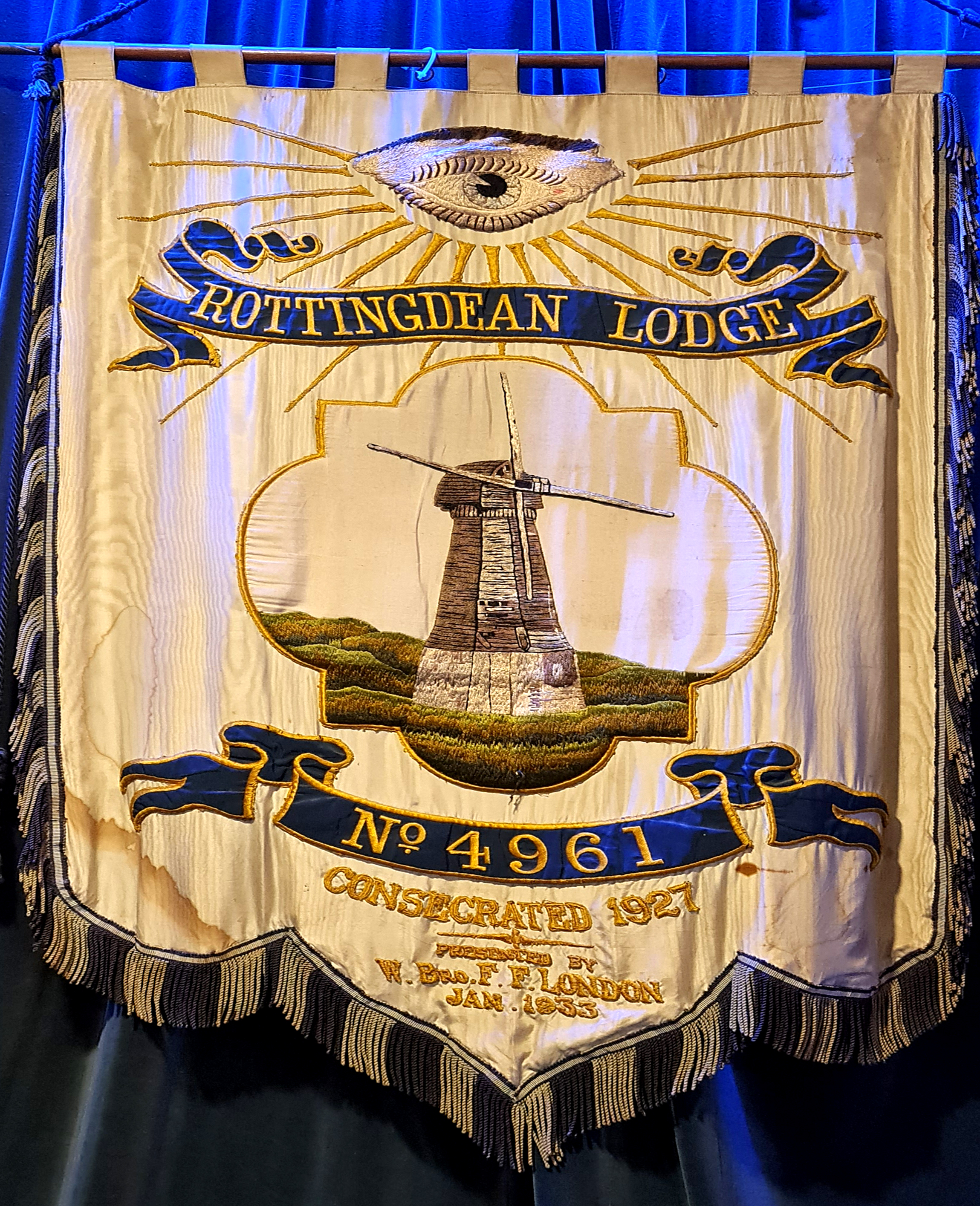 The landlord became a member of the lodge, and landlords were members up until 1960 when the building was sold to a large hospitality company. We were told that we would no longer be able to meet there as the room was required for other purposes.

The owner of the Peacehaven Hotel (which no longer exists) offered the use of their unused dance hall, and the offer was gratefully accepted. Work took place to bring it up to scratch, and it was our home for several years.

With the assistance of three other lodges land was purchased in Seaview Road, Peacehaven, and a purpose built building was erected on the site. This would become the East Brighton Masonic Centre. The first meeting was held there in late 1967.

This is our lodge's home, and over the years the centre has been upgraded, including a recent refurbishment. Our members have come from all backgrounds and occupations including, Electrician, Engineers, Computer Engineer, Postmen, Bank Managers, Newsagents, Taxi Drivers, Railway workers.

Some of our members live in the area although others come from further afield, Shoreham-by-sea, Henfield, Burgess Hill.

Like to Join us?   Then get in touch ➧ Join Us

George Jerrom was the owner of the Bowls Club in Peacehaven. He was also an enthusiastic Mason and when he died, his wife Dorothy decided to donate an area of land adjacent to the Club, to the building of a new Masonic Temple for the area and the building was subsequently named Jerrom Hall. 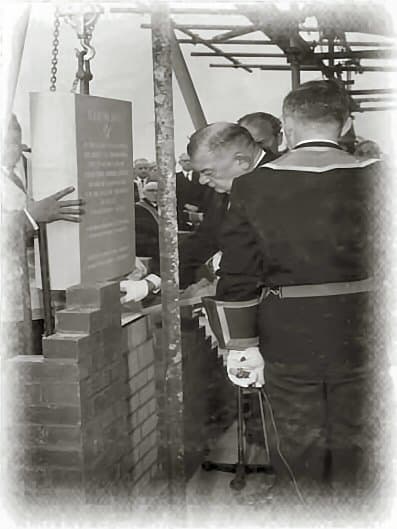 The foundation stone (pic left) for the new building was laid by the Provincial Grand Master, The Right Worshipful Brother Arthur Jolly J.P. at a special ceremony on the 24th May 1967 with nearly 200 members of various Lodges in the Province of Sussex in attendance. Jerrom Hall was officially opened for Masonic business some 18 months later.

Nowadays, Jerrom Hall is home to no less than 11 Craft Lodges, 3 Chapters and 14 Allied Degrees and is also used as a base for many functions, both Masonic and non-Masonic. It is currently managed by an appointed board of directors who, with the support of all who use the centre, have helped to transform it into an environment that both George and Dorothy Jerrom would have been very proud.